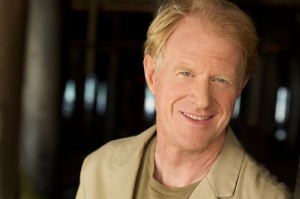 As environmental issues become more pressing, there are two possible responses: forget it and hope that government and corporations will figure it out, or take action yourself.

In the “take action yourself” camp, a few individuals are leading the way. One such person in California is Ed Begley, Jr.

Turning up at Hollywood events on his bicycle, Ed has been considered an environmental leader in the Hollywood community for many years. He serves on the boards of The Coalition For Clean Air, The Thoreau Institute, and  the advisory board of the Union Of Concerned Scientists, among many others,

His work in the environmental community has earned him a number of awards from some of the most prestigious environmental groups in the nation, including the California League of Conservation Voters, the Natural Resources Defense Council, The Coalition for Clean Air, Heal the Bay, Santa Monica Baykeeper, and the Cesar E. Chavez Foundation.

He currently lives near Los Angeles in a self-sufficient home powered by solar energy. He has his own website at www.edbegley.com

Get signed copies of recommended books from our Book Shop